In the last few years, the US has experienced a boom in both social media and craft brewing. Companies can now connect directly to their fan base and potential consumers more than ever, allowing craft brewers to spread their word in ways that weren’t possible just five years ago.

Most craft brewers have a miniscule marketing budget, and who needs it? With social media, they can connect with consumers for next-to-nothing. It’s easy to get your name out there with social media, generating word-of-mouth buzz at rates never seen before. All you need to do is be interactive with your fans. People are hungry for information about any kind of craft beer. If breweries aren’t paying attention, they’ll lose share.

Let’s take a look at a few craft brewers to see how they’re using social media to get the word out.

Flying Dog has a very strong social media presence. They’re actively posting and replying to comments nearly every day and with over 23,000 likes on Facebook and near 21,000 followers on Twitter. They are the perfect example of craft brewers using social media the right way.

Flying Dog consistently advertises and informs fans of their new releases, future releases, swag and more. They also promote their YouTube videos, giving users a behind-the-scenes look at how they brew their beers, along with a beer TV quiz show and more.

Visit their site and you’ll see social media buttons everywhere, from their footer to their contact page, to their individual beer pages. 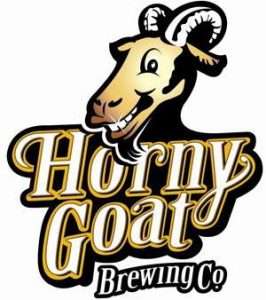 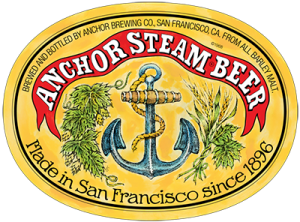 Anchor Steam Beer is an example of the old school word-of-mouth method. You remember, before the Internet existed. Anchor Steam doesn’t have a Facebook account and you won’t hear one tweet from their mouth. Yet despite the lack of marketing (or advertising campaigns, for that matter), Anchor is a popular topic on the Internet. They have fan pages on both Facebook and Twitter, clear signs that there’s a desire for them to go social. They’ve been around for a over a century, and their beer is distributed nationally, but that doesn’t make up for the lack of social media marketing.

Beyond the S.M. Kings

Sites like pintley.com and taphunter.com allow users to find new beers according to their ratings and taste notes. They also encourage users to find their favorite brews on tap in local bars. Essentially these sites are digital beer communities with a social media integration that allows consumers to connect with others, while earning points to win prizes. And they’re available on the go… both sites have mobile apps.

Craft brewers need to build their brands with social media. SM builds brand awareness and a potentially business-changing following. Plus, it’s cheap. If you’re not doing it yet, start now before you’re left behind by the bigger dogs (and flying dog’s too).